British drummer Barry Graham Purkis, better known as Thunderstick, who played with a developing IRON MAIDEN in the seventies and then moved on to SAMSON (being instrumental in finding a very youthful Bruce Dickinson), will release the first official live album from his eponymously named band on March 20 via Roulette Records. Purkis states: „I am so happy to announce that after 40 years of THUNDERSTICK, a live album will be released this month to celebrate. Comprising of both THUNDERSTICK and SAMSON material with the odd ‚cover‘ thrown in for good measure, there has never been any official recordings of the band in concert before so for us this is pretty damn special.“ Lead singer Raven Blackwing adds: „I am really excited about the upcoming release of our live album ‚Something Wicked This Way Came‘ THUNDERSTICK live in France. The whole gig was a blast from start to finish with so many new friends made, a beautiful way for me to cherish that memory of that performance. It’s my first album with the band and I’m really hoping that people listening to it will pick up on the enjoyment that I and the guys had on stage that night.“ Recorded live in France in November 2019, the album features a full concert with the following track listing: 01. Riding With The Angels
02. Go Sleep With the Enemy (I Dare Ya)
03. Earth Mother
04. Buried Alive
05. Dark Night Black Light Monologue (Teenage Suicide)
06. Dark Night Black Light
07. Vice Versa
08. Witches Trial
09. Blackwing… The Curse
10. Dark Princess Thunder
11. Thunder Thunder
12. Time Warp Best known for his time with SAMSON and early IRON MAIDEN, Barry Purkis has been the legendary icon for the NWOBHM (New Wave Of British Heavy Metal) scene since the late 1970s. His eponymously named band, renowned for its female-fronted power rock and theatricality, has a considerable heritage. The band played live and recorded for six years both in the U.K. and in the United States throughout the 1980s until playing their last gig in October 1986. Then in 2016, former lead vocalist Jodee Valentine tragically died following a five-year battle with early onset Alzheimer’s. In recognition of Jodee’s memory, Barry decided to record some songs that Jodee had performed live. This became the „Something Wicked This Way Comes“ album, the first new THUNDERSTICK product in over 30 years. It was released in July 2017 to enthusiastic reviews worldwide. Following the success of the album, Barry put a live band together which has brought the THUNDERSTICK magic to a series of festival dates and live gigs. Now signed to Roulette Records, an eagerly anticipated follow-up studio album is being recorded and is scheduled for release in July. Baz Crowcroft, the band’s resident artist, has once again delivered spectacular artwork for the album. He was responsible for the artwork on the last LP as well as the recent single „Go Sleep With The Enemy“. The full THUNDERSTICK band lineup is: Vocals – Raven Blackwing
Drums – Barry Graham Purkis a.k.a. Thunderstick
Guitar – Vinny Konrad
Guitar – Lee Quenby
Bass – Rex Thunderbolt 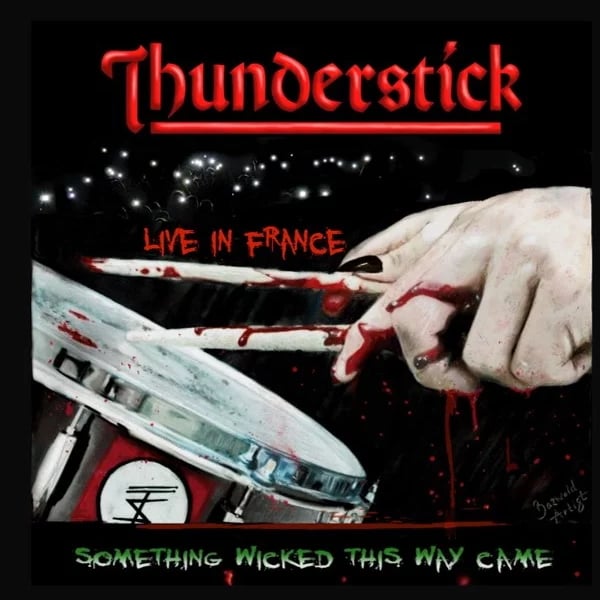 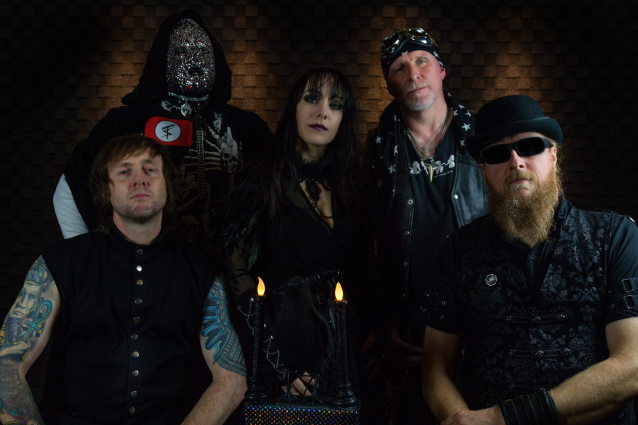