Following the recent passing of Neil Peart, legendary drummer of the iconic Canadian rock band RUSH, fans from across the globe will have an opportunity to gather and celebrate his legacy. The event will be held in the late Peart’s hometown of St. Catharines, Ontario, Canada on May 16 at the Meridian Centre and is being coordinated in cooperation with the Peart family, Overtime Angels, Inc. — a registered 501(c)(3) charity — and the City of St. Catharines. Overtime Angels executives reached out to agent-producer George Roche of the event entertainment agency Booking House Inc. His team will be producing „A Night For Neil“, bringing together a wide array of production professionals, world-class musicians, and guest speakers to pay tribute to Neil’s life and career. The growing roster of artists and guest speakers will be announced at a later date. Lance Kasten, vice president of Overtime Angels, Inc., explains: „The event will honor ‚The Professor‘ of words, lyricism and musicianship from a fan’s perspective. The outpouring of support for this event from across the globe has been tremendous.“ Speaking on behalf of Neil’s family, his parents, Glen and Betty Peart stated: „We are grateful for the team that Overtime Angels is assembling… We are especially pleased to be able to support this charity event that will benefit some much-needed organizations that are close to our hearts.“ In addition to Overtime Angels, the charities chosen by the Peart family as beneficiaries of this event are: * St. Catharines Hospital and Walker Cancer Centre
* The Juravinski Hospital & Cancer Centre in Hamilton, Ontario
* The Royal Victoria Regional Health Centre in Barrie, Ontario Tickets go on sale to the general public on Friday, February 28 at 10:00 a.m. and will be available at Ticketmaster. Last month, St. Catharines city council voted unanimously to consider naming St. Catharines‘ Lakeside Park, the subject of a 1975 RUSH song, in the late drummer’s honor, as well as create „some other sort of tangible memorial.“ Peart grew up in St. Catharines and worked at the former midway at Lakeside Park. He is a member of the Order Of Canada and was inducted into the Rock And Roll Hall Of Fame with bandmates Geddy Lee and Alex Lifeson in 2013. Peart died on January 7 in Santa Monica, California after a three-year battle with glioblastoma, an aggressive form of brain cancer. He was 67 years old. The band announced his passing on January 10, setting off shockwaves and an outpouring of grief from fans and musicians all over the world. RUSH’s final show took place at the Forum in Los Angeles on August 1, 2015. Peart indicated at the time that he wanted to retire while he was still able to play well, along with a desire to spend more time at home with his young daughter. Peart joined RUSH in 1974. He was considered one of the best rock drummers of all time, alongside John Bonham of LED ZEPPELIN; Keith Moon of THE WHO; and Ginger Baker of CREAM. Peart was also RUSH’s primary lyricist, drawing inspiration from everything from sci-fi to Ayn Rand. 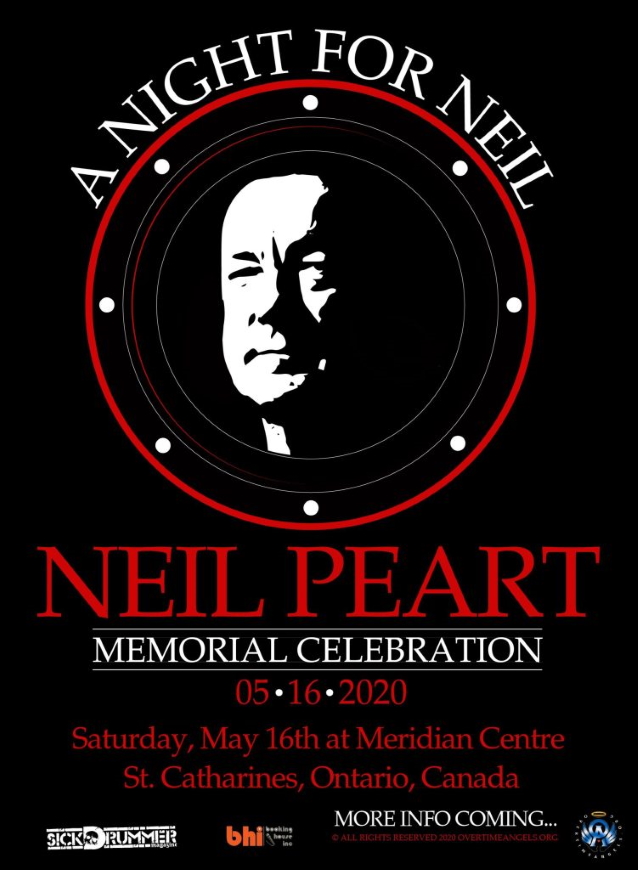