Former MARILYN MANSON and current ROB ZOMBIE guitarist John 5 has teamed up with Medicom Toy to release his own John 5 100% + 400% Be@rbrick set. „It’s an honor to work with Medicom Toy and be able to transform into my own cool Be@rbrick figure based on the animation from my ‚Zoinks!‘ video!“ John 5 said. „It’s a dream come true!“ The John 5 100% + 400% Be@rbrick set will also come with an authentic autograph card, personally signed by John 5, and an official Jim Dunlop guitar pick that was made exclusively for this release. Only a few hundred sets will be released outside of Japan by John 5 on Thursday, March 12 at 9 A.M. PST. These sets will be extremely limited, so get yours before they’re gone. Outside of Japan, you can only pre-order the John 5 Be@rbrick set here. About Medicom Toy: Established in 1996 under the slogan „Making things what we want rather than product development based on marketing,“ Medicom Toy designs and produces various character figures in a wide range of categories from movies, televisions, comics, video games and etc. In 2000, the company announced „Kubrick“ which is a trademarked block type figure. In 2001, the company announced a bear-shaped block type figure „Be@rbrick“ which has collaborated with various artists, brands, companies and characters from all over the world. 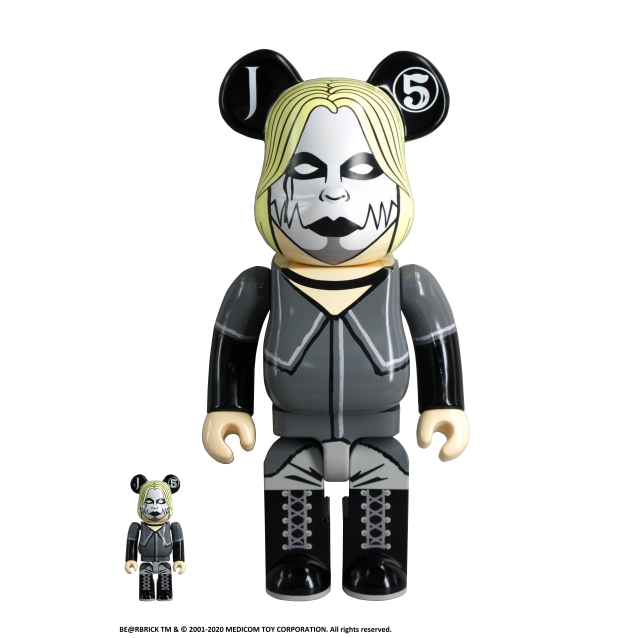