Today I share my impressions about the $156 USD priced Noble Falcon TWS IEM for the first time.

Disclaimer: The Noble Falcon was provided directly by Noble Audio.

Each and everyday, we see new TWS IEMs in the market and I admit, the mainstream audience is very much into this thing. However the real question for us remains; are they good enough for the audiophiles?

I’m not sure how to answer this question to be honest. Not yet anyway. We can’t deny the growth, the trend and the technology though. It’s so popular now that we added Mr. Yagiz just to review hot wireless items occasionally.

So yeah, I’m not convinced about the TWS sound quality yet, and my skepticism is usually not easy to defeat. But the Noble Falcon TWS has something to say about that in the process. This is Noble Audio’s first ever attempt for TWS field, and since I know a thing or two about Noble’s track record, they have the potential to offer a audiophile-grade TWS IEM in my opinion.

This IEM has tuned by “the Wizard” himself as Noble claims, it features a 6mm Dual-layered Carbon Driver (“DLC”) combined with a DSP processor inside. It utilizes the Qualcomm QCC3020 Bluetooth Audio SoC as well. It has BT 5.0 support together with SBC, AAC and AptX codecs. There’s no support for LDAC or aptX HD though.

The Falcon also has “Qualcomm true wireless stereo plus”, which is a simultaneous connection between left and right earpieces for reduced latency. 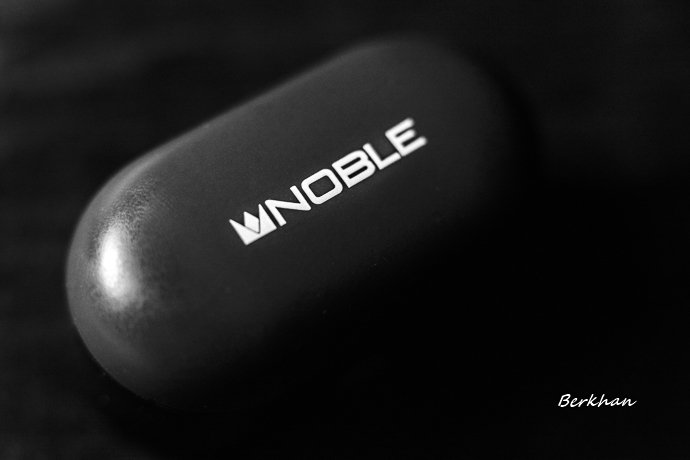 My experience with the Falcons has been very positive so far, as I haven’t come across any problems yet. I used the earphones while running, commuting, working and lying in the bed before sleeping. Overall it’s a flawless experience with easy connection and good sound, which is the most important aspect.

Indeed the Falcon has an independent connection for L&R earpieces, so when setting them up, you can first connect either of them. However, once connected, you don’t have to connect the other side as it connects it automatically. The range overall is quite good but don’t expect to hear them from the other side of your house. The battery life is claimed to be 5,5 hours and my experience has been consistent with that figure. You also have IPX7 water resistance so it’s not a big deal when you sweat while doing some activities like myself (cycling or running for example).

The Falcon has buttons on both earpieces for controlling things like volume and tracks as well as answering phone calls. When the music is on, a single push to either earpiece stops the track. Another push makes the song continue. Same thing applies to calls for answering and hanging. For controlling the volume, you need to use the button on the left side and push the button twice for cranking it up. For lowering the volume level, you need to push three times. At first this is not quite easy to get used to, but after an adjustment period you become familiar with it. 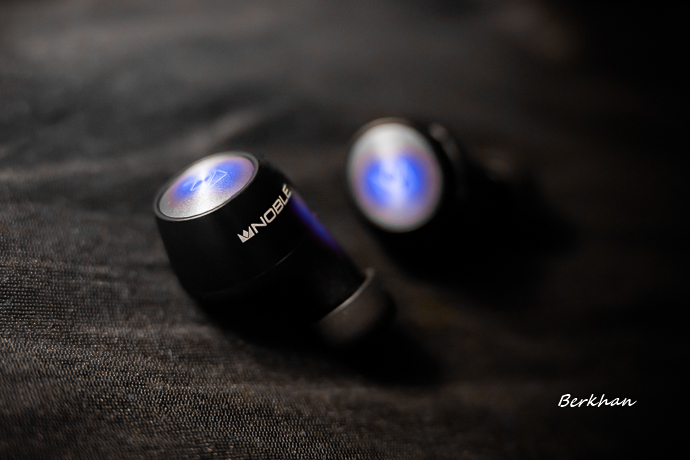 For skipping a track, this time you need to push the right side button twice. For going back, you just push three times just like the volume control. These controls to me is not the easiest of operations for wireless IEMs, but as I said, after a necessary adjustment time you become quite familiar indeed. One thing I particularly liked is the easiness of the connection. If your device was paired beforehand and the BT is on, and when you remove the earpieces from the case, it automatically connects instantly so you don’t have to do anything. This is super practical and convenient to me.

The fit is awesome to me but only if I use some of my tips from other IEMs. I don’t think the supplied tips are good enough for a flush and comfortable fit, but this of course is a subjective matter since not everyone’s ears are the same. But for me it’s better to use aftermarket tips for a deeper and flusher feel.

The sound of the Noble Falcon TWS is better than I expected, and in fact it has been a very good surprise for me. Sure, it’s nowhere near to some Mid-Fi IEMs, let alone the TOTL level, but the sound overall is pretty good and satisfying. The bass is quite strong and textured with very good speed without behaving somewhat bloated. Dynamics are good, fidelity is nice with very good resolution and transparency. The presentation overall is a V-Shaped one to me, but mids are also successful with good tonality and weigh although being thinner than I would’ve liked. 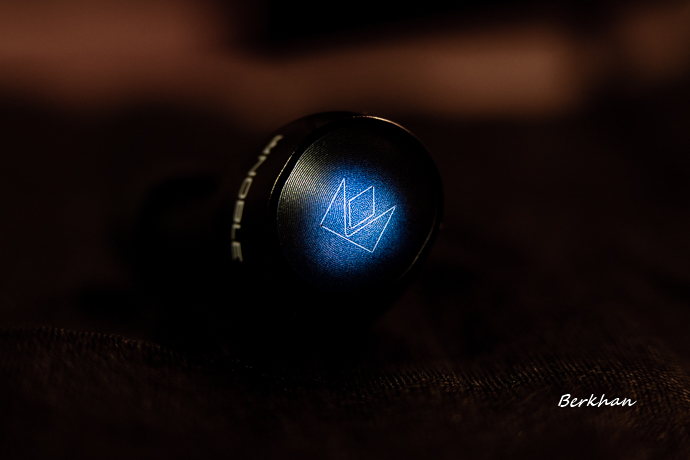 To be honest, the biggest surprise for me is the resolution. I expected a muffled sound to be frank, but that is not the case with the Falcon. It has excellent dynamics, detail retrieval and resolution for a TWS IEM. I was hoping Noble to bring a fresh and high quality sound to this ongoing TWS market madness, and I personally think they’ve done just that.

The full disclosure for the sound will be published with the full review of course. So don’t forget to check out HFN every once in a while. I think this one already has a place in our recommendations for wireless gear. Yet, let’s just wait until the full review shall we?