DISTURBED frontman David Draiman has confirmed that the band won’t perform its 2000 debut album „The Sickness“ in its entirety on „The Sickness 20th Anniversary Tour“. „No, we won’t do the entire album, but we’re going to do a ton of ‚Sickness‘ material, deeper cuts, stuff people haven’t heard us play off the record for a while, and definitely a huge portion of material will be ‚Sickness‘-oriented,“ the singer told Billboard.com in a new interview. „You can’t, unfortunately — or fortunately, depending on how you look at it — as a band at our level, at this point of our career, you can’t just go out and play one record because everybody came on board at different stations,“ the explained. „They want to hear what they fell in love with. There’s definitely new production elements that we’re toying with, that are elements that we’ve maybe used during ‚The Sickness‘ era, but that we’re doing in a new and more provocative way. That’s about all I can say.“ „The Sickness 20th Anniversary Tour“ kicks off on July 15 in Maryland Heights, Missouri, hitting amphitheaters before wrapping up on September 12 in Auburn, Washington. STAIND and BAD WOLVES will serve as special guests on the tour. In 2010, DISTURBED celebrated the tenth anniversary of the release of „The Sickness“ by reissuing it with exclusive b-sides and expanded artwork, as well as a first-time-ever vinyl edition. Released on March 7, 2000, „The Sickness“ is DISTURBED’s best-selling album to date, thanks to such hit singles as „Stupify“, „Voices“ and „Down With The Sickness“. Guitarist Dan Donegan told The Pulse Of Radio that the band never expected „Down With The Sickness“ or „The Sickness“ to do as well as they did. „I think ‚Down With The Sickness‘ was like the seventh most downloaded song that was recorded in the ’90s,“ he said. „It was like in a list of like four Michael Jackson songs and NIRVANA’s ‚Smells Like Teen Spirit‘ and we were in the Top 10 of those songs. And I was just blown away by those statistics. Those are big numbers there. I mean, we’re just overwhelmed to think that we could go from a garage band in the south side of Chicago to selling a lot of albums and having a fan base and making a career out of it.“ Last September, DISTURBED’s „No More“ landed at position No. 1 on Billboard’s Mainstream Rock Songs airplay chart. The track, which was the third single from the band’s 2018 album „Evolution“, marked DISTURBED’s seventh straight No. 1 on the chart. Each of DISTURBED’s last seven singles has reached No. 1 on Mainstream Rock Songs, a feat unmatched by any artist. DISTURBED has a total of 10 Mainstream Rock Songs No. 1s. THREE DAYS GRACE holds the record with 15 No. 1s, followed by SHINEDOWN at 14 and VAN HALEN with 13. 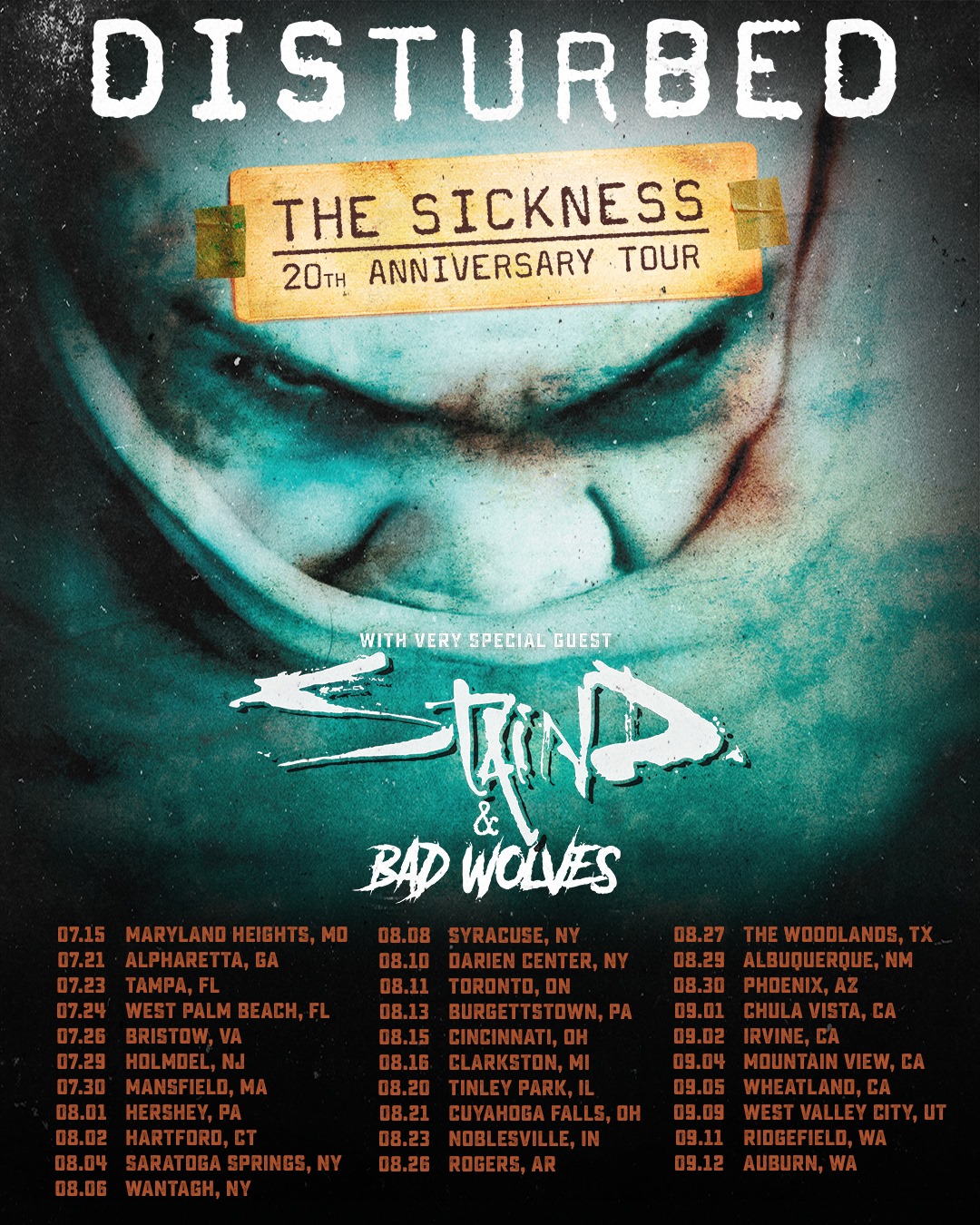