GUNS N‘ ROSES will release a new four-song EP, „Hard Skool“, on February 25, 2022. The effort, which is exclusive to the GUNS N‘ ROSES official store, contains the two new songs the band released in the last two months — the title track and „Absurd“ (stylized as „ABSUЯD“) — as well as live versions of „Don’t Cry“ and „You’re Crazy“. „Hard Skool“ EP track listing: 01. Hard Skool
02. ABSUЯD
03. Don’t Cry (Live)
04. You’re Crazy (Live) Written by singer Axl Rose and co-produced by Rose and Caram Costanzo, the track „Hard Skool“, which had the working title „Jackie Chan“, was originally recorded during GN’R’s „Chinese Democracy“ era but was eventually omitted from that album. Short clips of the song were later posted online and a full version was leaked in August 2019. More recently, the partially reunited classic lineup of GUNS N‘ ROSES rehearsed the track during soundcheck at several concerts on the band’s summer 2021 tour but has yet to perform it live. Rumors of the new song’s imminent release began to circulate earlier in the month after a fan was reportedly told about it by Rose when they met backstage at a recent show in Atlantic City. On „Hard Skool“, Axl sings: „But you had to play it cool, had to do it your way/Had to be a fool, had to throw it all away/Too hard school and you thought you were here to stay/ If that were true, it wouldn’t matter anyway.“ „Absurd“, a reworked version of a previously unreleased track called „Silkworms“, came out on August 6, three days after the band performed the tune live for the first time during its concert at Boston’s Fenway Park. GUNS N‘ ROSES last performed „Silkworms“, which was also reportedly written during the „Chinese Democracy“ sessions, in 2001. The band is now said to be working on a new studio album — the first under the GUNS banner since „Chinese Democracy“ and the first to feature Rose, guitarist Slash and bassist Duff McKagan since 1993. Photo credit: Katarina Benzova 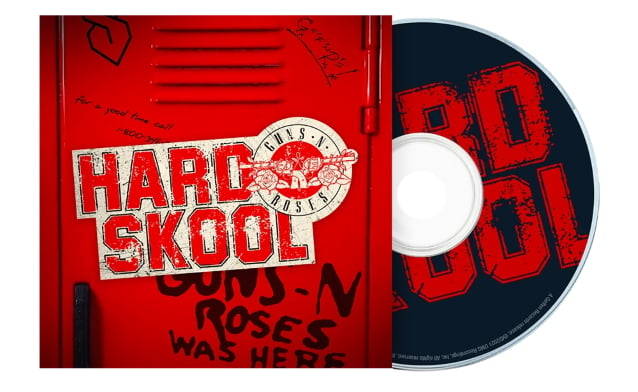