SLIPKNOT will headline the inaugural Knotfest Finland, set to take place August 12-13, 2022 in Turku. Also scheduled to appear at the event are NIGHTWISH, BRING ME THE HORIZON and ARCH ENEMY, along with STAM1NA and BLIND CHANNEL. The two-day Knotfest evolved from a SLIPKNOT headlining concert initially scheduled to take place in Turku in August 2021. In the wake of ongoing restrictions with regards to international travel during the era of the ongoing COVID-19 pandemic, the gig was postponed to August 2022 and ultimately evolved into a complete Knotfest experience. Tickets purchased to the original SLIPKNOT show will be valid for Knotfest on Saturday without any additional upgrades or changes. The original tickets can also be upgraded to a two-day Knotfest ticket, and the upgrade will be offered without any extra service fees until November 21. After that an upgrade service fee of 15€ per order will be charged. Tickets purchased for the original concert can also be returned until November 21. The Knotfest brand has expanded around the globe, with landmark events held in the U.S., Japan, Mexico and Colombia, as well as 2019’s debut collaboration with French destination festival Hellfest for Knotfest Meets Hellfest. This past June, SLIPKNOT announced the 2021 incarnation of the „Knotfest Roadshow“. Support on the trek will come from three Grammy-nominated heavy music luminaries, KILLSWITCH ENGAGE, FEVER 333 and CODE ORANGE. The 28-date run, produced by Live Nation, kicks off following the band’s previously announced Knotfest Iowa hometown show in Des Moines on September 25. The „Knotfest Roadshow“’s first official date happens at Tinley Park, Illinois on September 28, with the tour then snaking its way across the U.S., wrapping up in Arizona in early November. 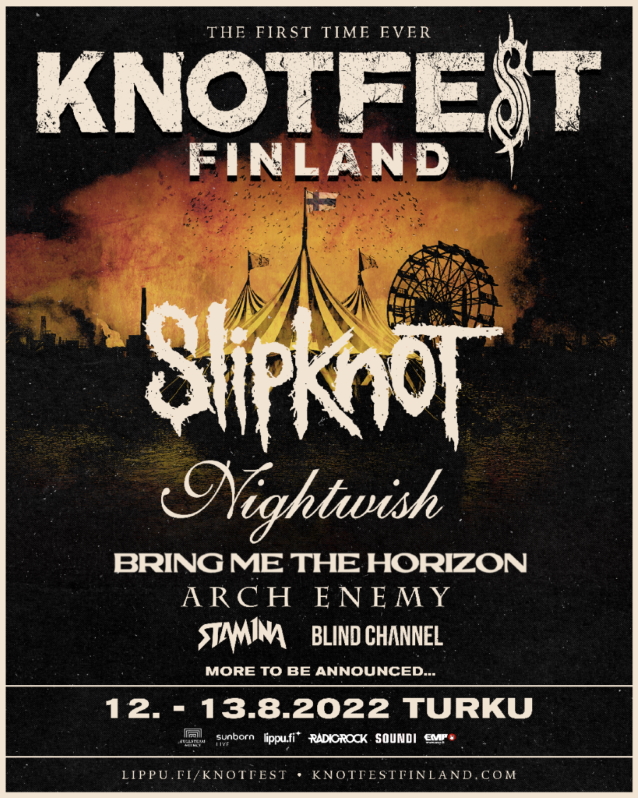