U.D.O., the band led by former ACCEPT frontman Udo Dirkschneider, will release its new album „Game Over“, on October 22 via AFM Records. The official music video for the disc’s third single, „Prophecy“, can be seen below. Not one for embellishment. Dirkschneider strikes a sour note on „Game Over“. If mankind does not rethink several aspects, it may have fatal consequences. For example, „Kids And Guns“ is about the increased gun sales and little regulation in the gun industry in the USA, which also leads to higher rates of child or adolescent gun violence. Track listing: 01. Fear Detector
02. Holy Invaders
03. Prophecy
04. Empty Eyes
05. I See Red
06. Metal Never Dies
07. Kids And Guns
08. Like A Beast
09. Don’t Wanna Say Goodbye
10. Unbroken
11. Marching Tank
12. Thunder Road
13. Midnight Stranger
14. Speed Seeker
15. Time Control
16. Metal Damnation In June, Dirkschneider told Via Nocturna about the band’s upcoming follow-up to 2018’s „Steelfactory“ LP: „It will be a really good U.D.O. album. This is also the first time we are composing together with the two new members of U.D.O.,“ referring to bassist Tilen Hudrap and guitarist Dee Dammers. „Very interesting. And there are a lot of things there that will be a little bit of a surprise. But no, we are not changing the style, but a lot of little things are a little bit different. But it will be very interesting.“ Last year, U.D.O. collaborated with Das Musikkorps der Bundeswehr, the military band of the German federal armed forces, on an album called „We Are One“, which was released in July 2020 via AFM Records/Soulfood Music. U.D.O.’s current lineup includes Udo’s son and drummer Sven Dirkschneider, Hudrap and guitarists Andrey Smirnov and Dammers. Udo’s DIRKSCHNEIDER & THE OLD GANG project, in which he is joined be fellow former ACCEPT members Peter Baltes (bass) and Stefan Kaufmann (guitar), recently released a new single and video, „Every Heart Is Burning“. DIRKSCHNEIDER & THE OLD GANG, which is rounded out by Udo’s son Sven Dirkschneider (drums), Manuela Bibert (vocals) and Mathias Dieth (guitar), issued its debut single, „Where The Angels Fly“, in September 2020. A second single, „Face Of A Stranger“, followed in April. On August 27, all three songs were released as the „Arising“ CD, a 12-inch vinyl and a download. 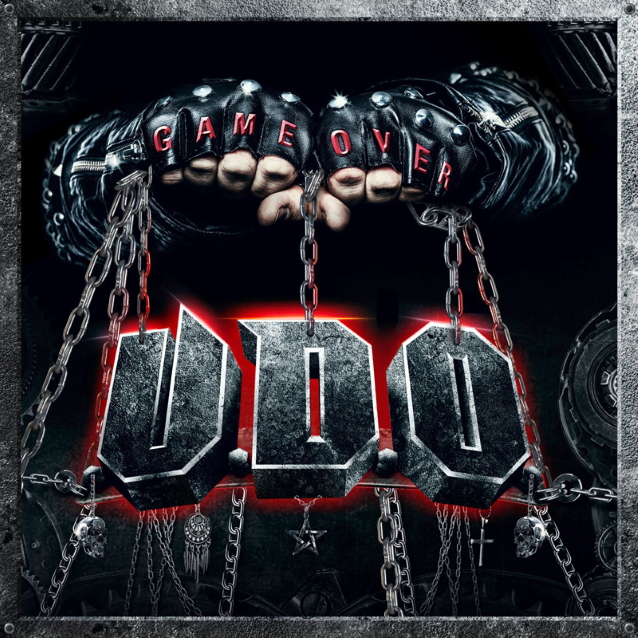