Long-running hard rockers L.A. GUNS will release their new studio album, „Checkered Past“, on November 12 via Frontiers Music Srl. Fans can get another preview of the album with the release of the official music video for the second single „Cannonball“. Written and recorded during late 2020 and early 2021, „Checkered Past“ sees Tracii Guns, Phil Lewis and company continuing with the darker lyrical tone of the preceding studio albums, „The Devil You Know“ and „The Missing Peace“, while incorporating their classic rock influences into the mix. Heavier songs are mixed with bluesier, boogie inducing tracks and dark, introspective ballads, often harkening back to the first three albums the band made, but also pushing the band forward. When fans absorb the album as a whole, they’ll see that the track listing is divided up into „sets“ or „suites,“ where a sonic style is explored across multiple songs before moving on to the next, making for a remarkable listening experience. Feeling inspired and excited like they did when they first started out, but with many years of wisdom and experience under their belts, and most importantly, a renewed and stronger creative and personal relationship, Guns and Lewis are maintaining a creative peak that started with „The Missing Peace“. „Checkered Past“ shows a band invigorated and ready to bash you over the head, as well as “wow” you with some epic, slower songs, and even make you dance a bit to some rock ’n roll. „Checkered Past“ track listing: 01. Cannonball
02. Bad Luck Charm
03. Living Right Now
04. Get Along
05. If It’s Over Now
06. Better Than You
07. Knock Me Down
08. Dog
09. Let You Down
10. That Ain’t Why
11. Physical Itch L.A. GUNS performed its second album, 1989’s „Cocked & Loaded“, in its entirety on November 28, 2020 at the Fremont Country Club in Las Vegas, Nevada. The event was livestreamed via Veeps. In May 2020, L.A. GUNS released a new single, „Let You Down“. The song was written and recorded while the band was in the midst of working on its next studio album. L.A. GUNS is: Phil Lewis – vocals
Tracii Guns – guitars
Ace Von Johnson – guitars
Johnny Martin – bass
Scot Coogan – drums This past April, a settlement was reached between drummer Steve Riley and Guns and Lewis over the rights to the L.A. GUNS name. Under the terms of the settlement agreement, Guns and Lewis will continue to operate under the L.A. GUNS trademark, while Riley and his bandmates from the other version of L.A. GUNS will now operate under the new name RILEY’S L.A. GUNS. Photo by Dustin Jack Photography 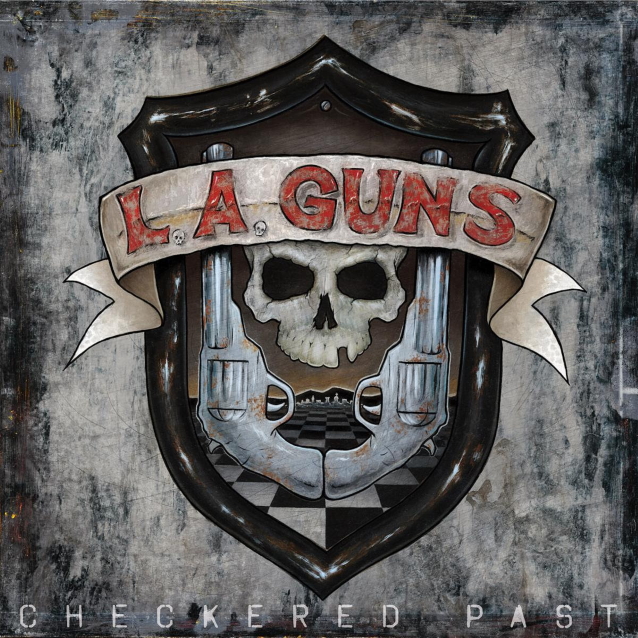